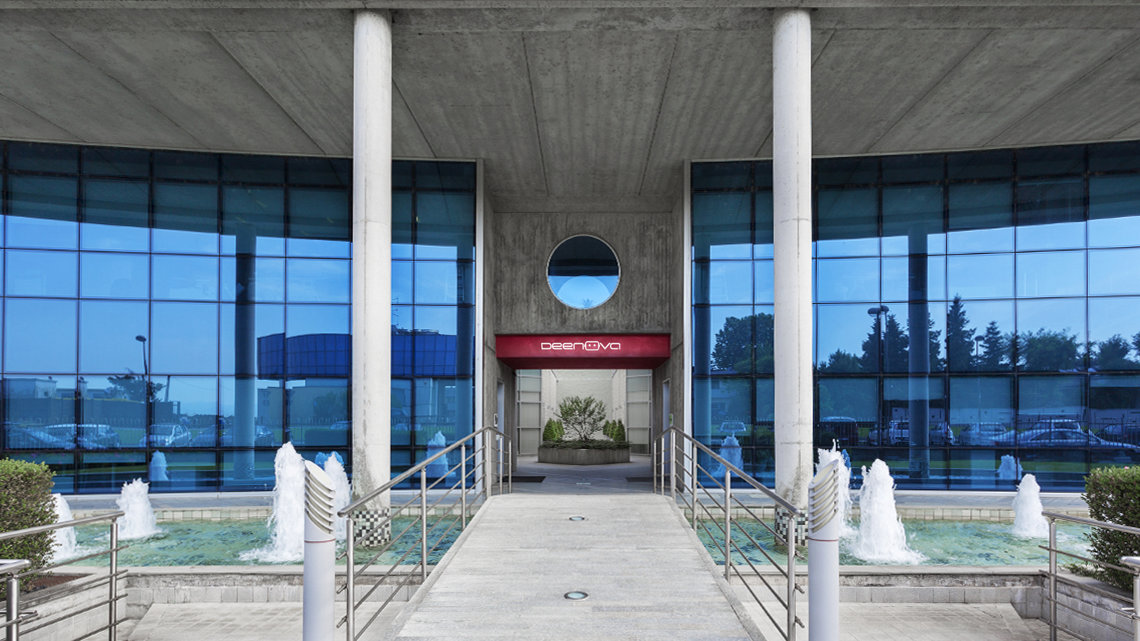 Impresa Sanità, by EDITRICE TEMI, has published in the September issue a report on Deenova’s mechatronic solutions in the RFID management of medical devices and drugs for the operating theatres of the Fondazione Policlinico Universitario Agostino Gemelli IRCCS.

Based on the RFID management project for medical devices and medications for operating theatres, the “Fondazione Policlinico Universitario Agostino Gemelli IRCCS” has launched a further lean data analysis project, which has opened the way to new management and economical benefits.

The project of RFID management of medicines and medical devices for surgical areas started at Policlinico Gemelli in 2015 and over the years has gradually expanded and further consolidated, until this year when a data analysis project paved the way for new and substantial improvements. We talked about this with Francesco Filidoro, from Policlinico Gemelli Pharmacy.

The traceability system for medical devices and medicines is based on RFID tags: everything handled by the hospital pharmacy and directed to operating theatres is identified and tracked using this technology. For around a quarter of the volumes handled, the tags are applied directly at the source by the supplier Johnson&Johnson, while the remaining three quarters are tagged on arrival at the hospital pharmacy at the two tagging stations operated by the service provider Deenova. The devices used for surgery are then read in three stages tracing their entire path: on admission, on exit from the pharmacy and after their use in the operating theatre. «The operating blocks are located on the same level as the hospital pharmacy: when a device is transferred from the pharmacy, its outgoing movement is read and its virtual transfer to the surgical area is registered» explains Francesco Filidoro. «It is then read into the operating theatre’s smart cabinet, and from that moment onwards is part of the local stock. The next reading takes place immediately after its usage on the patient, when the used device is thrown away inside an RFID reading bin. At this point, the reading attributes the consumption of each single device to the patient for whom it was used, and at the same time updates the stock level, automatically generating a restoration or reordering order in the event of understocking».

«In the last three years we have gone from three thousand to over one million tags applied, representing around 85% of the materials directed to operating theatres» continues Francesco Filidoro. «What we presented this year, as a further step, was a project involving the application of lean thinking to this type of process, which allowed us to use everything that emerges as computer data to use it for improvement. In practice, we have been able to interpret this data to identify various criticalities and therefore corrective actions. For example, we can see how many days a device waits in the operating theatre before it is used and based on this information, we can see how the turnover rate can be increased.

In practice, over the years the project has generated an important wealth of data, which can be used to improve various performance indicators, starting with stock levels: «in just a few months, since the start of this latest phase of the project, we have been able to reduce the value of stock managed by the hospital pharmacy warehouse by around two million euros, from 6.5 million to 4.5 million» says Francesco Filidoro.

The system implemented allows precise management of materials from a logistical point of view and guarantees complete traceability of everything used or implanted on the patient. For example, in the event of a product recall by the supplier, the system allows the material to be fully traceable back to the patient on whom it was used, which would otherwise be extremely difficult if not impossible. «Accuracy and traceability are the main objectives of this project, so they are among the advantages we have seen from the outset» continues Francesco Filidoro. «We can say, however, that as the number of tagged materials increased and the system became fully operational, the level of precision offered by the system increased accordingly. In fact, at the beginning we started with high-cost materials, such as critical or implantable materials, while now the system also includes devices of a lower risk class, such as drains and suture threads, and finally medicines: in fact, in the operating theatre, only a few hundred items will enter without this type of identification». The extension of RFID management to all medicines is also part of the new developments started in 2020.

Another important advantage demonstrated by the system is greater efficiency in the processes of stock management and reordering of materials. «Although we have not automated the physical transfer of materials (in fact, we do not have robots for dispensing medicines or for internal transport), the entire supply process is substantially automated. The stock is in fact managed in a unitary way, generated by the sum of the stocks present in the central warehouse plus all the local stocks present in the surgical areas. When any material is in the ward/operating room it is no longer “consumed” but “in stock” in that location and, if necessary, can also be used in a different operating room in the event of emergencies or special needs. At the same time, when the system detects that a device is approaching its expiry date, it promotes its early use in other areas where it can be used earlier than others with longer expiry dates. All these improvements are the result of a lean data analysis: the data was already in the system, we just processed it more thoroughly and looked for waste to eliminate. To do this, we introduced a new reordering algorithm, which is based on the overall stock data and no longer considers an average annual consumption, but rather the data from the last quarter, making the most of possible variations». In addition, the consumption data of the medication and medical device procedural kits were analyzed: until 2020, the average usage rate was of 53%, and increased to 88% in March 2021.

Overall, considering also the latest developments that can be considered “at zero cost” as they result from better management of the data collected, the system has made it possible to achieve several advantages: first of all a reduction in the inventory value, but also a better average rotation of medicines and devices, full traceability of medicines and devices from access to the hospital to use on the patient, a reduction in routes and door openings in the operating theatres, the timely management of re-calls and safety alerts by suppliers and finally the correct and timely pricing of surgeries based on the material used.